2021 – A Year of Symbolic Changes in Transport

Looking back as we come to the end of the year, everyone will agree that it has been dominated by the coronavirus pandemic. There could be no communal Christmas or New Year celebrations last year and celebrations are considerably muted by the Omicron variant again this year. In the last year, many on furlough were on reduced income, some lost their jobs and countless businesses closed down permanently.

So it is easy for us to forget that a year earlier, just before the virus took hold in Europe, the UK finally ended its membership of the EU. And a year later that has led to some symbolic changes in the field of transport. 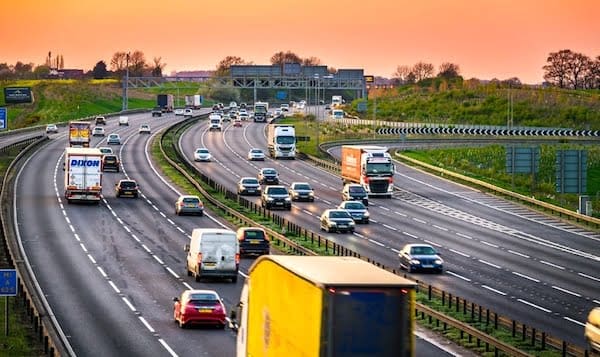 Aged over 65 and with a vocational driving licence, I have to renew it annually. This year’s licence shows a subtle change from last year’s. Both display the Union Jack prominently. But the 2020 licence has the EU ‘circle of stars’ symbol in the top left hand corner, with UK inside the circle. Whereas the 2021 licence has in that corner simply the letters UK.

The change was announced by the government on 31 January this year, to mark the first anniversary of Brexit. However, the announcement said nothing about the tachograph driver card, which also has a symbol in the top left hand corner. And sure enough when my replacement card arrived in May it still had the same EU circle of stars as the last one. I can’t find any reference to a similar change being made. Perhaps readers may know of one?

Another change took place at the beginning of the year, when the EU symbol was removed from UK number plate designs. Motorists were told that if they had GB incorporated in their number plate, that would suffice when driving abroad. Or they could continue to display a separate GB plate as before. But six months later, in July, the government told the United Nations that it was going to change the identifying letters from GB to UK.

Since 1909, when international identification letters were introduced (initially by only 19 nations) GB has been used. So why the change now? It is seen by many as being a direct consequence of Brexit. The trading agreement with the EU has left Northern Ireland closer to the Republic than to the UK – a source of resentment on the part of many Unionists. It is they whom, say many, the government has tried to placate by ending the use of GB plates on vehicles going overseas.

Historically Great Britain has comprised England, Scotland and Wales. But when those plates were introduced in1909, the whole of Ireland was under British jurisdiction, so GB was used for Irish vehicles as well. Following independence in 1922 the Republic of Ireland used SE (meaning Saorstát Éireann) from 1924, but the GB plate continued to be used in the north (the Irish plate became EIR in 1938 and officially IRL in 1992). UK stands for the United Kingdom of Great Britain and Northern Ireland, so for the first time since 1909 Northern Ireland is formally recognised on the plate used abroad.

There was no fanfare to announce this change, as for the driving licence changes: it came as a ministerial announcement. A lot of people are angry, for various reasons. One organisation to be displeased is the AA. It has lost a lot of money, as on the strength of the announcement in January, it laid in a stock of 50,000 GB plates to issue to its members.

Find out more about Truckfile’s fleet and workshop management software