Manufacturing & Logistics IT spoke with Phil Jarrett, commercial director of Dakota Integrated Solutions, and Paul Whittingham, operations director of Truckfile, about the companies’ partnership and what voice maintenance and inspection technology offers technicians within the freight transport sector.

Since the company was founded in 2006, Truckfile has been committed to move the maintenance and inspection (M&I) of freight transport vehicles away from the use of paper task lists and on to more efficient IT-based methodologies.

Truckfile’s first move in this direction was the use of PDAs and docking stations. “We saw a gap in the market for the use of PDAs because paper was still the dominant mode for M&I at the time,” explains Paul Whittingham, the company’s operations director. “We later moved to the use of tablet PCs. However, we became increasingly aware of the efficiencies offered by voice-directed technology for picking and replenishment tasks within the warehousing/DC space and realised how effective it could be if applied to M&I.”

This realisation led to Truckfile developing a voice iteration of its proven maintenance and inspection solution for the freight transport sector, which had its first official outing at this year’s ITT Hub event, held at the Farnborough International Exhibition Centre. This move followed hot on the heels of the recently announced partnership between Truckfile and Dakota Integrated Solutions.

Phil Jarrett, commercial director of Dakota, explains the background behind the partnership. “It all came about after Truckfile approached Honeywell to find a solutions provider of voice technology. Because of Dakota’s existing relationship with Honeywell as a Platinum Total Solution Provider for Voice Solutions, it quickly became apparent that Dakota was a good fit for Truckfile’s requirements. Introductions were subsequently made and as we got to know each other better as companies we soon realised we weren’t only ideally suited as partners through our commitment to voice, but also shared many similarities in terms of company culture; for example, in the way we approach prospective users of our solution offerings and how we serve and look after existing customers.” 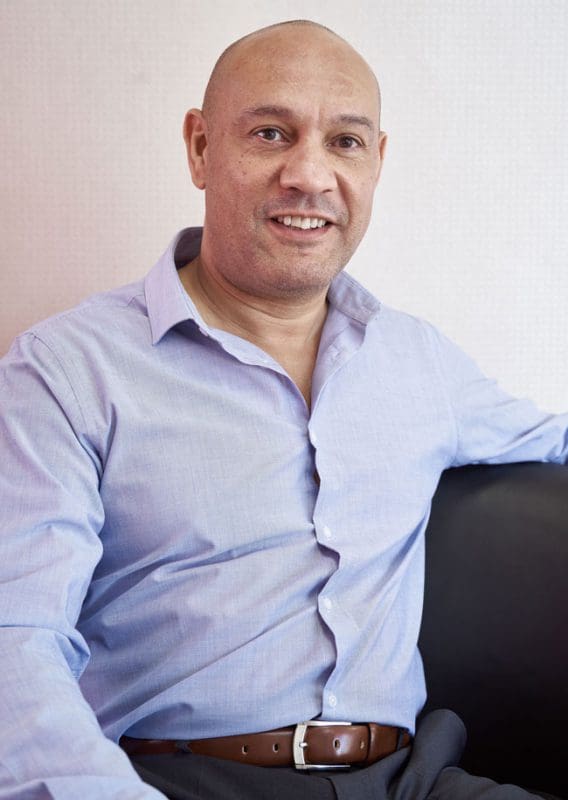 In terms of the combined experience and knowhow of Truckfile and Dakota and what the companies’ joint strengths can bring to the haulage transport sector, Whittingham believes it’s largely about being able to provide an maintenance and inspection solution that affords greater efficiency, more accuracy and less errors for users, with all the subsequent time and cost savings in tow.

Jarrett reflects that Truckfile’s solutions have been the ‘go to’ platform for maintenance and inspection within the freight transport sector for many years. “Now, with the move to voice, Truckfile’s offering has become even more compelling,” he says. “And together with Dakota’s proven strengths in the data capture and voice arena, both companies are now able to collaborate in a way whereby we can offer users the best of both worlds. So, Truckfile has a very strong well-established user footprint and solution that is now voice-enabled and fully supported by Dakota.”

Whittingham adds that both companies have a similar outlook from a business perspective and how they communicate with and serve customers. “Both companies are very customer centric,” he says. “We listen to and welcome customer feedback regarding the working practices and functionality of our systems, and this in turn helps us to develop and evolve our solutions offering further.”

Whittingham also points out that Truckfile has witnessed its customer base expanding substantially over the past year and a half largely due to more companies taking an interest in this type of technology as a consequence of COVID-19. “The pandemic has brought people closer to technology, especially voice. People are accustomed to using tablet PCs and everybody has a smart phone, so the move to voice is the natural next step in many companies’ technological evolution.”

Further strong testimony for Truckfile’s platform can be found by its system accreditation by the DVSA for the Earned Recognition scheme where compliance and accuracy are key. In terms of some of the benefits of voice over other methodologies, Whittingham explains that where paper is used for M&I, users can lose paper-based documents and with a PDA or tablet PC users can mis-key information. “However, if you are using a voice-activated system there are very few mistakes that users can make because they follow through a process from start to finish, complying with instructions given via a headset. M&I technicians cannot complete a job ready for QC sign-off until all tasks have been completed, allowing the same Truckfile functionality as a tablet device or PC would provide. All answers are prompted so technicians simply complete one prompted task after another. This not only delivers accuracy levels of 99.99% but also reduces the time an M&I job takes by a estimated minimum of 25%. This time saving could be thought of in terms of maintenance and inspection technicians being able to complete an extra inspection per day.”

Whittingham also makes the point that because voice maintenance and inspection is a hands-free and eyes-free process there are also health & safety and utility protection facets to the use of the technology. “With a tablet device a technician might put it on a truck during the maintenance and inspection procedure and forget about it. Then, the truck goes out with the device still on board and it’s lost forever. With a voice system, you have a headset and a device on your belt so you’re far less likely to lose anything. A voice system can also be a lot safer in that, because the system is hands-free and eyes-free, technicians are far less likely to get hurt due to an injury caused by a drop accident or fall hazard.”

Whittingham points out that people who visited the Truckfile stand at ITT Hub were immediately struck by the many benefits the new voice version of the company’s maintenance and inspection system offered. “They were certainly impressed with how quick and efficient the system was. And this strength is bolstered by the fact that Truckfile has been in business for 15 years and Dakota for 20 years, and that both companies have a strong relationship with Honeywell, a globally established brand. This is certainly an attractive combination for many companies within the freight transport marketplace. Indeed, Dakota is a Platinum Total Solution Provider for Honeywell, and Truckfile has recently become a Honeywell Host System Provider for Voice.”

Truckfile currently has well over 200,000 vehicles or assets on its system and approximately 29,000 users within the freight transport marketplace. One of Truckfile’s first major customers was Mercedes Benz, with the Truckfile system being rolled out across all Mercedes’ commercial vehicle workshops in the UK. Mercedes is now undergoing a pilot rollout for the use of the voice iteration of Truckfile’s M&I solution.

He concludes: “We are convinced voice-directed technology is the way forward, both within the freight transport sector as well as many others, and both Truckfile and Dakota are keen to ensure existing and prospective customers gain maximum advantage from the technology from a business and operational perspective.”